I think it is important to spend some time discussing Fat.  Fat is one of those things that we have been told is one thing (bad) but turns out to be something completely opposite (good).  This is what I have learned…  Fat does not make you fat.
We constantly hear about diabetes and insulin, but how well do you understand what insulin is?  Or how Insulin works?  I didn't understand it at all until I changed the way I ate.

I have found that since being on a healthy low carb lifestyle, without the high sugar foods, my body is able to use the fat as energy instead of saving it to use at a later time.  I have also added high fiber foods to my diet which also aids in breaking down my food slower, and allows all of its healthy nutrients to be used by my body.

Here's a graphic that shows how foods are processed by the body: 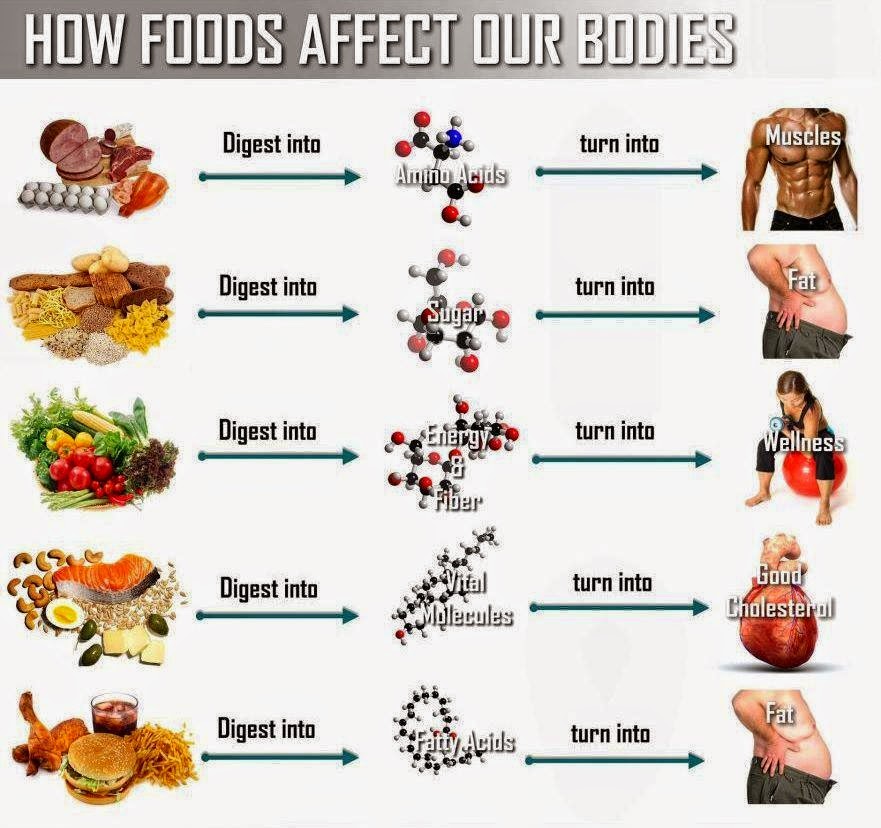 I discovered that in 1963, research was published which stated that saturated fat is bad for health and the heart (A Keyes).  Since then, there has been a public outcry to eat foods which are low fat.  The problem with the published research is that out of the 22 countries where the study was performed, only 7 were actually reported.  Once the data was reevaluated, it turned out that the people who ate more saturated fat actually had lower risk of heart disease.  But the damage was done.  People turned to high carbohydrate, low fat food and the obesity rates have skyrocketed.

What do you think?  How does it sound to you?  If you think about it, it isn’t difficult to see through the lie.  When you eat real food, with real fat and real protein, it's all good and it is all used correctly by your body.  When food manufacturers remove the goodness, things change.  And by the way, fat tastes great!  If they remove fat from food, they remove all of the flavor.  To make it taste good again, they add sugar.  LOW FAT MEANS ADDED SUGARS AND ARTIFICIAL INGREDIENTS.

Here are some good resources if you want to read more:
Is Saturated Fat Good for You?
A Low Carb Diet Lowers Insulin
Body Fat and Insulin Resistance